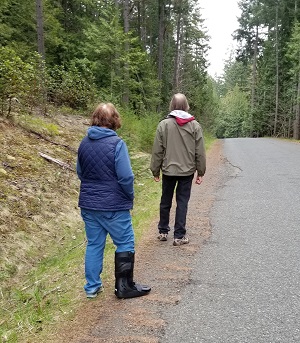 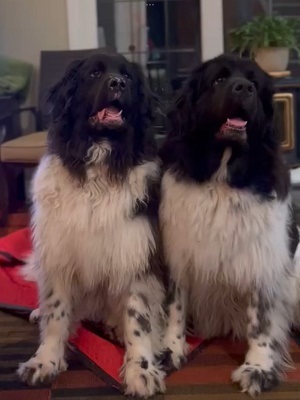 The Nanaimo RCMP is looking for witnesses to a serious pedestrian hit and run in which two pedestrians and their two dogs were struck. The incident occurred at approximately 3:20 PM on Friday March 4, 2022 on Lorenzen Lane, located at the end of Superior Road.

Police, EHS and Lantzville Fire responded. At the scene, investigators were met by Geoff, last name withheld, who told police that he and his wife June and their two dogs Marley and Taz, had just been struck by a black SUV, that drove off after striking them. His wife had already been triaged at the scene by attending paramedics and transported to the Nanaimo hospital.

Geoff said that they were walking single file along the shoulder of the road facing oncoming traffic with June in the rear. Both he and June had control of one dog each and that the dogs were on a short leash. Geoff said that without any advance warning a vehicle approached from behind them and drove directly into June. The force of the collision pushed June into Geoff then all four of them fell into the ditch on their left. Geoff managed to crawl out to the roadway and saw that the suspect vehicle had stopped a short distance from them. He yelled for the driver to help but the vehicle then sped off towards Superior Road. Minutes later Geoff flagged down another vehicle and had the driver call 911.

June was transported to the Nanaimo hospital with significant non-life threatening injuries while Geoff sustained soft tissue bruising. One of their dogs was seriously injured and required surgery to repair one of its legs. The other dog suffered serious bruising. The suspect vehicle sustained damage to the front on the driver's side as pieces of the vehicle were found at the scene. Geoff told police it was a clear day, there were no other vehicles or pedestrians in the area and neither he nor June heard the vehicle approaching.

Based on where they were walking and given that the driver actually stopped the vehicle after striking them, it is inconceivable that the driver did not realize what had transpired, said Constable Gary O’Brien of the Nanaimo RCMP.